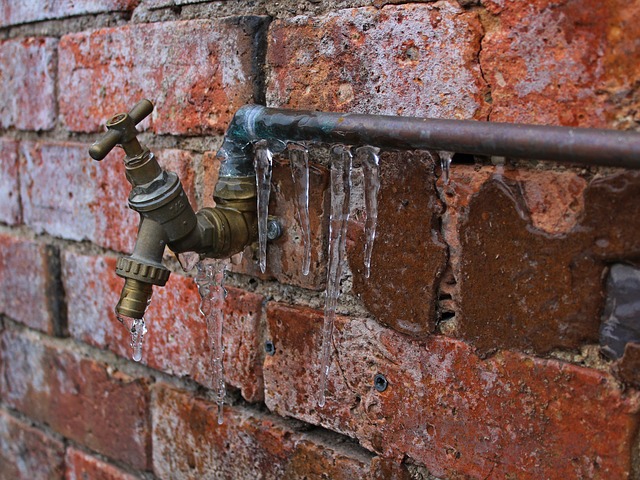 It never fails to happen: Mother Nature lulls us into a false sense of security with warmer weather, and then another hard freeze (32F or below) sneaks in.

And it’s times like these that we forget to take those last protective measures to keep our pipes from freezing, such as leaving faucets dripping.

The biggest issue with frozen pipes is that they can burst as they thaw. Water pressure behind the frozen spot can create pressure, and as the water warms up it can expand, and put those two together and the water finds it’s own way out – by breaking the pipe.

Water damage from burst pipes is one of the most common homeowners insurance claims.

The most common sign of frozen pipes are water no longer coming out when you turn on the faucet. You may also see actual frost on the pipes, or you may smell an odd odor coming out of the faucet since that’s the only place those smells can now escape.

So what should you do when your pipes freeze?

The best thing you can do when your pipes are frozen is act quickly.

Sometimes you can thaw the pipe yourself, and sometimes you will need the help of a licensed plumber. Some of this depends upon the location of the freeze.

Shut off the water supply.

In the event that the pipe does burst, not having water running is the best way to prevent flooding. Turning off the water before that happens can be a great way to minimize damage.

Have mop and bucket handy just in case.

And a few old towels for good measure, or a ShopVac or other model of wet/dry vacuum. Then if you do experience a bust, you will be prepared to quickly clean up any leak.

Warm up the pipes.

Using a hair dryer, heat lamp or space heater aimed towards the pipe in question can help warm up the pipe, which will help thaw the ice blockage and possibly allow the water behind it to begin slowly flowing past it again, which in turn will melt it even more and could take care of the problem. Thermostatically controlled heat tape, available at many hardware stores, can also be a quick way to thaw a pipe.

If your pipe does burst, immediately call a licensed plumber.

Repairing the pipe will likely be beyond most homeowner’s ability. If you have not already shut off the main water supply, do so quickly. And mop up as much of the water as quickly as possible to prevent additional issues such as mold.