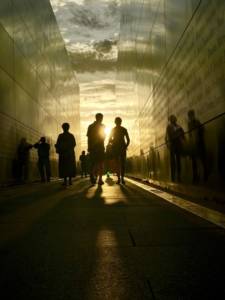 On this Memorial Day, we are thankful for our freedoms, and remember the sacrifice of the men and women who gave their lives to protect those freedoms.

From the History Channel:
“In May 1868, General John A. Logan, the commander-in-chief of the Union veterans’ group known as the Grand Army of the Republic, issued a decree that May 30 should become a nationwide day of commemoration for the more than 620,000 soldiers killed in the recently ended Civil War.
On Decoration Day, as Logan dubbed it, Americans should lay flowers and decorate the graves of the war dead ‘whose bodies now lie in almost every city, village and hamlet churchyard in the land.’
According to legend, Logan chose May 30 because it was a rare day that didn’t fall on the anniversary of a Civil War battle, though some historians believe the date was selected to ensure that flowers across the country would be in full bloom.
After the war Logan, who had served as a U.S. congressman before resigning to rejoin the army, returned to his political career, eventually serving in both the House and Senate and was the unsuccessful Republican candidate for vice president in 1884. When he died two years later, Logan’s body laid in state in the rotunda of the United States Capitol, making him one of just 33 people to have received the honor.
Today, Washington, D.C.’s Logan Circle and several townships across the country are named in honor of this champion of veterans and those killed in battle.”

From our family at Semper Fi Home Inspections to yours, have a blessed holiday.